Destroyed by a fire in June, 2014, Conca d’ Oru, speedboat  of the SNSM, allocated to Saint Florent’s station, was replaced and resumed officially the sea after the traditional ceremonies of the blessing and the baptism made in the presence of numerous civil and military personalities. The wife of the mayor of saint Florent, Mrs Pascale Olmeta and general Vincent Lanata, are the godmother and the godfather of the new unity.

A small jewel of 700 000€ financed for the main part by the Corsican regional authorities, by the Department and the SNSM as well as reminds it Xavier de La Gorce the national president of the SNSM. This ultra modern speedboat was conceived to measure to adapt itself in the conditions of navigation of the region. ” This boat is auto-returnable, that is from the moment it is back to front, if doors are closed, it recovers automatically in its initial position, in the place “, explains Daniel Muller, saint Florent’s rescuer SNSM.

All the volunteers of the SNSM of Corsica came assisted this event. Aboard their speedboats based to Bastia, Macinaggio, Ajaccio, Propriano and Calvi. Quite adorned to return honor to the newcomer: Conca d’ Oru de Saint-Florent.

It is to the wife of the mayor of saint Florent and to general Vincent Lanata, former air staff chief, a regular customer of the marina for 50 years, the godmother and the godfather of new Conca d’ Oru that the SNSM still wanted to pay tribute.

A role which both welcomed honorably having broken the traditional bottle of champagne on the bow of the Conca d’ Oru. Previously Georges Nicoli, priest of Saint Florent, had called up to the prayer by baptizing the unit of the SNSM which proceeded to around thirty interventions since it navigates around Saint Florent’s marina.

This beautiful festive day of the SNSM went on by an exit of the set of the speedboats, and their guests who joined “L’abeille Flandre”, moored in the gulf, for a second ceremony at sea. 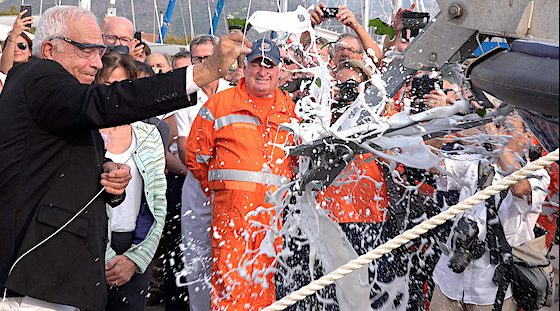 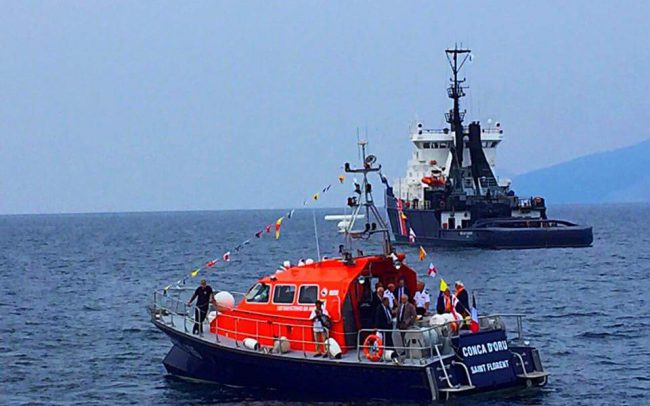 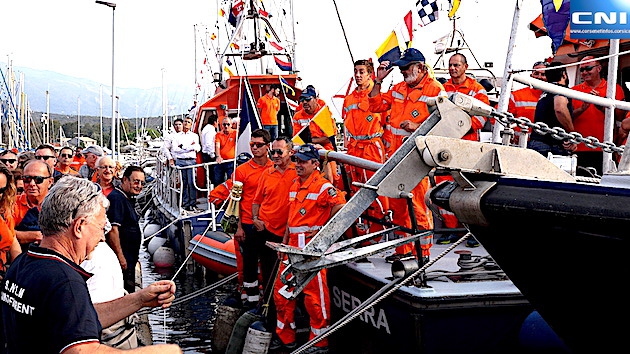 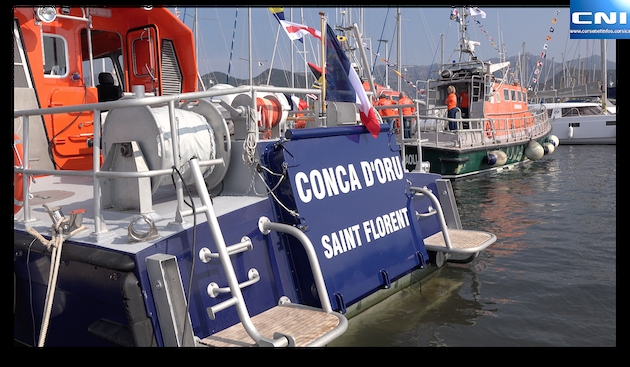 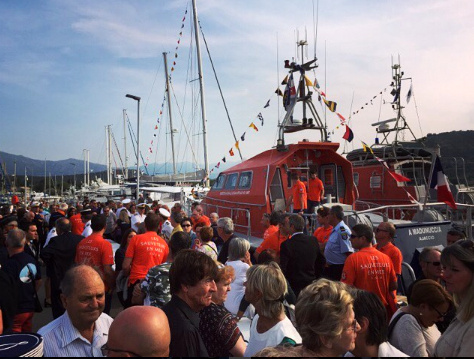 You can donate by sending back the bulletin of support below:

Appeal to the donations 2018

Either by clicking here!